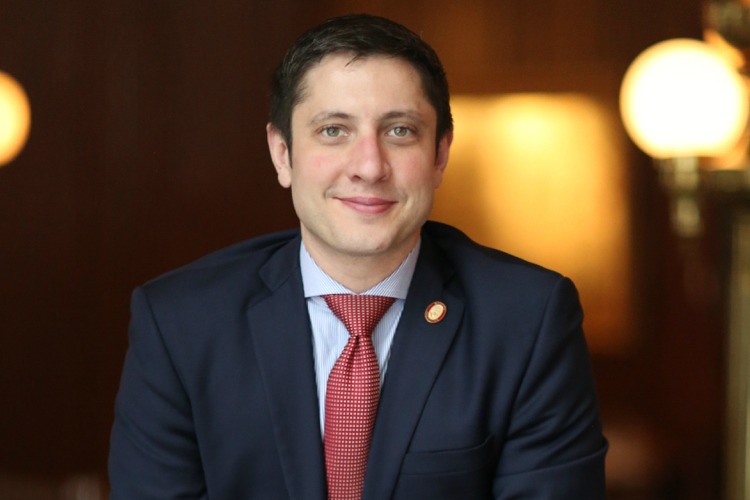 The most deep-rooted memory I have about someone I’ve never met is that initial interaction. It stays with you and often speaks volumes as to who that person is.

Today I’m at Pebble Beach Food & Wine waiting for a young man who has the distinction of being the only Master Sommelier in Boston, MA out of just 147 other Master Sommeliers in North America. To say I’m intrigued would be an understatement. Passing the MS exam is a feat akin to a rebirth. You abandon life as you know it and sacrifice everything for the cause. It’s a one person rodeo, and you are riding the bull. Most are thrown and never reach the holy grail of wine accreditation known as the Master Sommelier.

The first thing I notice as we progress is the unpretentious ease with which Callahan carries himself.

The halls of the Inn at Spanish Bay in Pebble Beach are filled with intriguing people. The scent of wine & champagne permeates the corridors, and I can only imagine what captivating & cerebral experience they will provide. I’ve been walking back and forth through them trying to figure out exactly where is best to meet and do this interview. On my hunt I notice people at this event come from all walks, some dripping in jewelry and others understated and refined, still others casual and comfortable. All I encounter are buzzing, smiling and laughing. I suspect they have the same anticipation I have, with the promise of something fantastic coming out of this day.

I recognize Brahm immediately. He is one of the few in a suit, and he has the coveted Master Sommelier pin on his lapel. He is dressed impeccably; his demeanor is beyond his years. His disposition, well-mannered, polite, and professional. We look for a quiet place to do the interview and end up on a gorgeous patio on the lower level overlooking the ocean.  The area is already set up for an event happening later in the day. We grab a couple of chairs, get over the initial awkwardness and begin our conversation.  The first thing I notice as we progress is the unpretentious ease with which Callahan carries himself.

He realized he enjoyed wine far more than his schooling.

Brahm Callahan is the Master Sommelier & Beverage Director for Himmel Hospitality Group, Boston MA, Grill 23 & Bar, the iconic Harvest Restaurant, and Post 390. He’s been in restaurants for 20 years, literally since he was 11. With a Master’s Degree in Classics from Boston College, he was working in wine at the same time he was working on his degree. Initially, he did not embrace wine as a career, but as time went on, while he was still in school, he realized he enjoyed wine far more than his schooling. At that point, he decided to make a career out of it. In 2015 he joined six other individuals to become a Master Sommelier.

His official role has him covering beer, wine, and liquor, or as he says: “Equal Opportunity Enjoyer.” Each program is unique and has its’ strengths. Grill 23 has 2,000+ wine selections. Post 390 is more bar driven, hip and funky on the wine list side, with a well-rounded beer list. Does he have a favorite? No. It’s like kids. They each have their individual charm and nuances of something special.

He has a clear industry perspective on wine. I asked him what the definition is of cult wine from his perspective, “Anything that will push the market. Small production. Collections/Auctions. People willing to pay over to get a bottle. Somebody is willing to chase it, usually at a higher price. Sometimes people will overpay to add it to their collection.”

While he tastes these revered champagnes pretty regularly, it is rare to have all nine side by side.

On smaller boutique winemakers. Not owning a vineyard isn’t necessarily a bad thing. You have an abundance of sources, and you can “paint a different picture” with your wine each year because of that you have more freedom. You aren’t always at the mercy of the land. The drawback? You don’t have the consistency of the all in ones.

He remembers the wines & taste by color. I’m looking for the word, and he says it. Synesthesia.

At the Food & Wine event, Callahan spoke on three panels. The one he seemed most intrigued with was:  Tête de Cuvée: Exploring Rosé. Essentially about the best bottle of champagne that a producer could make. There were nine bottles of Rosé champagne on the panel which provided a unique experience. While he tastes these revered champagnes pretty regularly, it is rare to have all nine side by side. One has an opportunity to discover the difference of the cépage in the winemaking and get a better view on the profiles comparatively speaking.

“Joseph Phelps is the founder of what we call the modern wine movement.”

What he learned during this tête de cuvée experience was each wine is uniquely like a personality in memory.  “So some were characters I remembered. In the context of the flight some were a little bit more playful or masculine,” he says, reflecting on the experience. I asked, “Do you have a visual recall?” He remembers the wines & taste by color. I’m looking for the word, and he says it. Synesthesia.

Another highlight for Callahan, speaking at the Joseph Phelps Insignia 40th anniversary tasting, (he has vast experience with the brand). “Joseph Phelps is the founder of what we call the modern wine movement. They’ve always invested in vineyards and produced iconic wines. It’s a privilege to be on a panel and speak on wine that has had such an influence on industry.”

“Pairings,” he says, “are very personal.”

We move on to the best way for people to utilize the services of a sommelier. Beginning with dispelling the snobbery of wine on a Sommelier level. Ideally know yourself, know what you like in wine and can describe it. Not so much in technical terms but in the sense where the Sommelier can get a better idea of your tastes. Callahan describes this as, “Certainly the more the Sommelier knows about you, the better the experience they can create, so be clear on what kind of flavor profiles you like. Descriptions such as crisp & clean, lush and round, aggressive and structured are very helpful.”

It’s a brutal journey, but the journey makes you stronger.

“Pairings,” he says, “are very personal.” You have to experiment with pairings to understand whether or not they are going to work. The almost last thing he thinks about when pairing is the protein. “Think about chicken. It’s a pretty neutral protein. But if you grill it, it’s going to taste different than if you smoke it, pan sear it or roast it. All four preparations will result in a different accompaniment. Roasted potatoes, vegetables, will affect it, and it will all be very different if you are going to be putting BBQ sauce on it.” In essence, the hard fast rules are out the window. The air of superiority dispelled in Callahan’s opinion because this is truly a service industry. Sommeliers need to make the experience a better one for the customers. They do that through sharing what they know and being helpful. Not necessarily lauding over others. Refreshing!

For those thinking about a career as a Master Sommelier. Brahm says the process is brutal, and you have to be doing it for yourself. If you do it for anyone else, it probably won’t happen. It’s a brutal journey, but the journey makes you stronger. You have to be 100% committed to it because it will own your life.

Throughout the interview, two things stayed with me about Callahan. He has fun. Serious fun. He loves what he does, and he loves helping improve the customer experience. He doesn’t take himself or the job too seriously but is fully vested in the importance of what he does for the people he works for and the customers he serves. He has a great sense of humor, and he is incredibly knowledgeable about wine and food.

Brahm Callahan spent the better part of his 31 years in the restaurant industry, 20 working in it. Having the opportunity to have a short window of time with him was an enlightening and refreshing experience.  Much like he came into being a Master Sommelier, he comes into this event as a unique participant, one of just six other Master Sommeliers lending their expertise to the experience. 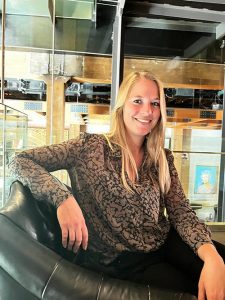