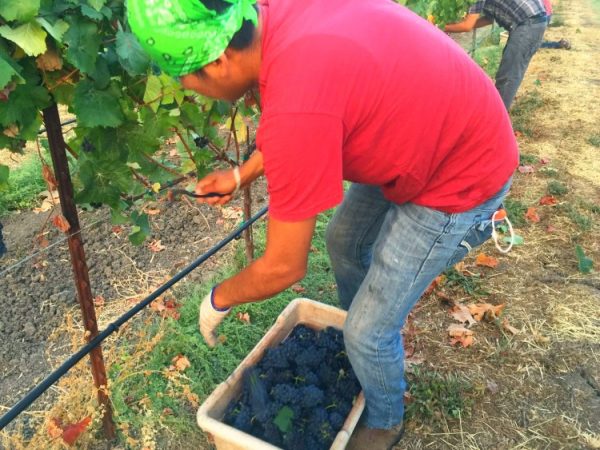 The Napa harvest is one of the most exciting times of the year where I live. I’m perched above the Napa River, sitting on the second floor of my writing nook listening to the somewhat irritating popping of the bird cannon in the distance. The cannons have been going off on the Napa side of Carneros for several weeks. This is a sure sign that véraison (the French term describing the ripening color of grapes) has arrived and the Napa harvest and fermentation are near. The grapes need to be protected from voracious birds. The most famous for their impact on the vineyards are starlings who migrate to Napa in time for véraison. Smart birds!  There you have it, the need for annoying bird cannons.

“This was probably the highest Napa rainfall on record.”

Napa Valley’s rainfall was unprecedented in 2016 and early 2017.  Record levels of rain and snow occurred in most of the northern California regions.  Good news for most as the drought was corrected.  Some saw limited damage from fallen trees, some erosion, but most vineyards did well because the wet weather departed before spring set in. 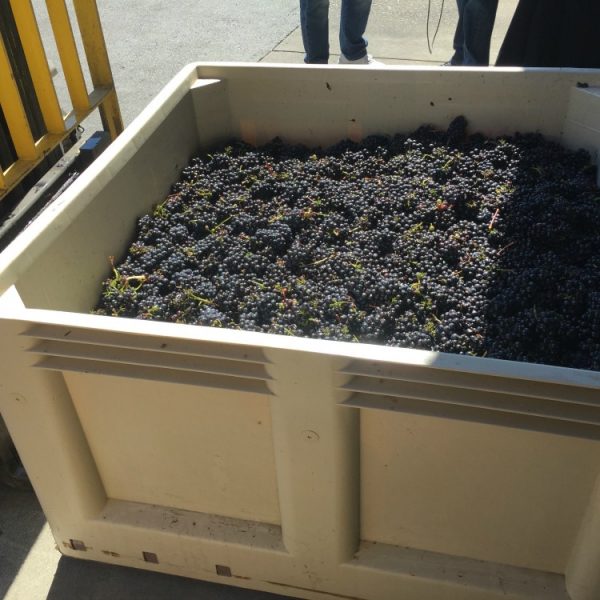 This massive amount of rainfall was an indication to farmers to get to the vineyards as early as possible come spring. Not only would the vines have to be trellised, but if the farmers went in while it was still muddy there was a danger of root damage.  The roots of the vines while muddy would not yet had time to set.  The winter also foretold some of the challenges spring and summer would bring. With all of the nourishment the vines received from the rains, the result would be high maintenance vines with intense canopy growth.  Labor costs would be higher in the vineyards because pruning the vines would have to be done more frequently to allow the fruit set to receive adequate sunlight.

On August 7th, 2017 at 6 am Mumm Napa began their first harvest of their Green Island Vineyards with their prized Pinot Meunier.  This is a celebratory experience for everyone at Mumm. From the recognition of those departed and instrumental in Mumm Napa success since the 70’s to the weighing of the grapes and the sabering of champagne, this is a big deal. The first of 19 tons of Pinot Meunier grapes arrived from their Green Island Vineyard where it is harvested for their sparkling.

(VIDEO) Winemaker, Ludovic Dervin of Mumm Napa on the 2017 Harvest

A big part of the team is present on site at Mumm Napa waiting for the impending arrival of the first grapes this first day of harvest. We met with Mumm winemaker, Ludo Dervin to ask him some questions about this unprecedented year. This harvest is an exciting one for many reasons. Napa has sustained some of the most difficult drought conditions in recent history and 2016-2017  held an unprecedented year of rainfall. The drought conditions have been abated that the concern for money especially those not so well experienced in farming was white with all this water the rainfall, and the flooding due to the vines and the Vineyards.

“Mumm is the French heritage. We emulate the same winemaking techniques that Champagne Mumm does in France“. 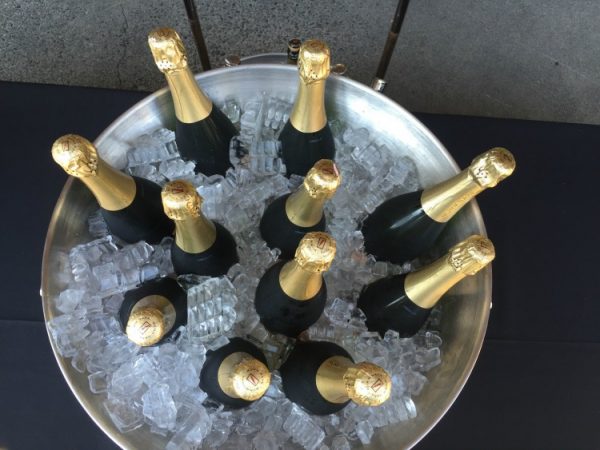 Dervin says, “The rains occurred at precisely the right time and they stopped when we needed them too.”  The maintenance of the vineyards was double or maybe even triple what they had experienced in the past.  He added, “The fruit came out fantastic this year. Very well-balanced and also showing great signs of acidity in this Napa harvest.

Error: There is no connected account for the user kellymitchell.

By Kelly Mitchell September 7, 2021 No Comments